“Greg Allen is a true believer who’s played with a few of his heroes and probably a few of yours.”

—Brett Milano, Author, Vinyl Junkies, Sound of our Town, Don’t All Thank Me at Once; Writer, Boston Globe, OffBeat Magazine

Greg Allen’s Fringe Religion is a Boston-based band that formed in 2013 -but they are hardly beginners when it comes to rock and roll. Singer, guitar player and songwriter Greg Allen was in a band with the late great Jerry Nolan (drummer for the New York Dolls, Johnny Thunders and the Heartbreakers). But Greg Allen is no Johnny Thunders clone. Yes, he’s got that guttersnipe, raw guitar tone but he has a unique song writing style that evokes a dystopic world through a cast of twisted characters. Allen has released a number of recordings (including those famous last songs with Jerry Nolan) and has done some time with the underground in London and New York.

In the early 80s Greg founded Blue Ruin in Providence, RI.  The band went on to share the stage with luminaries such as Johnny Winter, Rick Derringer, John Butcher Axis, Nazareth, Johnny Thunders, the Neighborhoods, the Del Fuegos and Blue Cheer. Billy Rath (bass player for Johnny Thunders and the Heartbreakers) recorded and produced a single for Blue Ruin.  Greg also appears with Blue Ruin in the “City History/Live at the Livingroom, Providence, RI” album. Later in the 80s, Greg moved to NYC and the UK where he formed the Vulture Squadron and toured with Two Saints. Back in NYC in the early 90s, Greg became friends with Jerry Nolan of the New York Dolls and started recording with him using the name Jerry Nolan & the Profilers. As the Greg Allen Group he recorded the albums “Just For You” with Johnny Rao (ex-David Johanson/Sylvain Sylvain/Helen Schnieder and the Kick) and “Let's Pretend” (produced by Nite Bob soundman/guerilla producer/etc. who worked with the New York Dolls, Aerosmith, Iggy and the Stooges). After moving to Boston in the late 2000s Greg briefly played guitar for the Port Charles Quintet before forming Greg Allen's Fringe Religion.

Greg Allen's Fringe Religion is Greg Allen on guitar and vocals. Greg Steinbaugh, a veteran Boston musician who also toured the UK with Two Saints and played in the Port Charles Quintet, on bass. Cory Wells, a multi-instrumentalist from Texas, on guitar, keyboards and bagpipes, and Jeff Larson on drums.

The music is rock and roll with a nod to all the greats. The band sounds simultaneously familiar and fresh. Hints of classic arena rock, power pop, sleazy glam, proto punk, gut bucket blues and even some country honk serve as backdrop to Allen's unique story telling. Its pure rock and roll, the kind they don't make anymore. Come see Greg Allen's Fringe Religion and restore your faith in rock and roll.

Greg Allen’s Fringe Religion is currently working on new recordings with Greg on guitar and lead vocals; Cory Wells on guitar, keyboards and vocals; Greg Steinbaugh on bass; and Jeff Larson on drums. 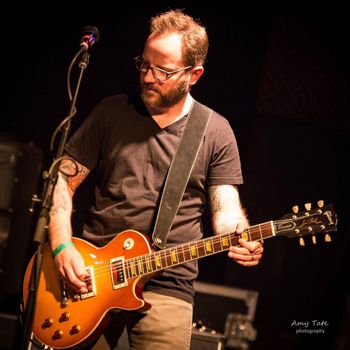 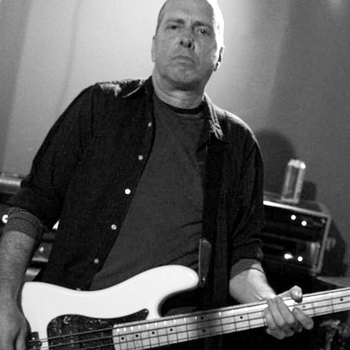 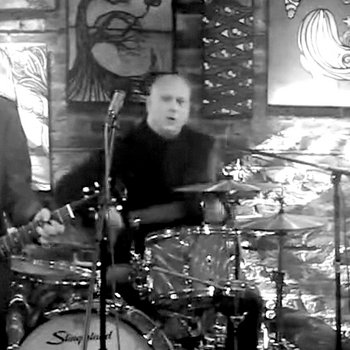